When a person dies, Succession Certificate is required in order to transfer property of deceased person to his legal heirs such as bank accounts, insurance amount, stocks, bonds, Shares etc. Law of Succession 1925 or Succession Act 1925 governs the all procedure related with succession certificate. 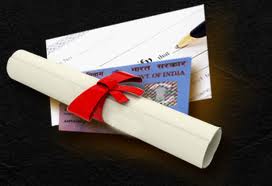 After filing of application court issues orders to publish the case in newspapers that if there are any other claimant of property of deceased they come and contest the case. If no one appears before court after publication in newspapers then succession certificate is issued to the applicant. If someone appears before court as legal hair of deceased then court decides the matter after evidence.

A widow can obtain the succession certificate by filing application in competent court and if deceased left minor children then widow can file application as their natural guardian.