You are here: Home / Commentry on Law / Evidence Law / Status of Women Witness in Islam according to Quran & Sunnah

Question:Why are two witnesses who are women, equivalent to only one witness who is a man in Islam ?

1. Two female witnesses not always considered equal to one male witness,There are no less than three verses in the Qur’an which speak about witnesses without specifying man or woman.
a) While making a will of inheritance, two just persons are required as witnesses. In Surah Maidah chapter 5 verse 106, the Glorious Qur’an says: “Oh you who believe! When death approaches any of you, (take) witnesses among yourself when making bequests,– two just persons of your own (brotherhood) or others from outside if you are journeying through the earth and the chance of death befalls you.” [Al-Qur’an 5:106]
b) Two persons endued with justice in case of talaq. “And take for witness two persons from among you, endued with justice, and establish the evidence (as) before Allah”. [Al-Qur’an 65:2]
c) Four witnesses are required in case of charge against chaste women “And those who launch a charge against chaste women, and produce not four witnesses (to support their allegatios) flog them with eighty stripes; and reject their evidence even after: for such men are wicked transgressors”
[Al-Qur’an 24:4] 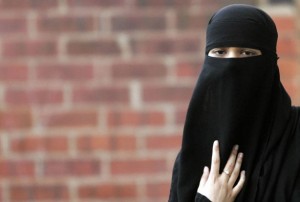 2. Two female witnesses is equal to male witness only in financial transaction