You are here: Home / Commentry on Law / Islamic Law / Sources of Islamic Law or Sharia Law or Muslim Law or Islamic Jurisprudence

The fundamental laws of Islam are contained in the Holey Quran and this by common consent the primary source of law for Muslims. Hanfi Muslims jurisprudence also recognizes Hadith, Ijtehad and Ijma as the three other secondary sources of law. Ijtehad and Ijma fall under a single category of subsidiary reasoning, Ijtehad being by individual scholars and Ijma being the consensus of scholars who have resorted to Ijtehad, in any one age. That this is the order of priority, in their importance, is clear from the well-known hadith, relating Muadh-ibn-i-Jabal who was send by the Prophet as governor and Qazi of Yemen, The Prophet asked him, how he would adjudicate cases. He replied, by the Book of God, “but if you find nothing in the Book of God, how?”, then by the precedent of the Prophet, “but if there be no precedent?”, then I will diligently try to form my own judgment. On this, the Prophet is reported to have said, “Praise be to God who hath fulfilled in the messenger set forth by this apostle that which is well pleasing to the apostle of Allah”. 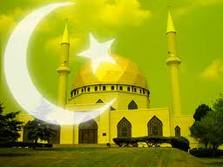 I will briefly explain the each above discussed source in my next articles.