You are here: Home / Commentry on Law / Islamic Law / Riba and Usury in Islam, Definition and Meaning

THE literal meaning of riba is excess or increase. In Islamic terminology, interest means effortless profit or profit which comes free from compensation or that extra earning obtained that is free of exchange.
Hazrat Shah Waliullah Dehlvi has given a very concise and precise definition of interest. He says: “Riba is a loan with the condition that the borrower will return to the lender more than and better than the quantity borrowed.” Interest is not a subject without trade and commerce. Islam recognises trade and commerce not only as a lawful profession but also as a moral duty. Islam has laid down a complete set of rules for trade.

The reason for these rules is to specify what ‘halal’ earning is. Actually, Islam has encouraged men to earn their own provision and to provide it to their families. The condition is that the earning has to be according to the conditions set by the Sharia.
If we study the Holy Quran, we will come across at least four places where Allah has mentioned interest. For instance, in Surah Al Baqarah verse no. 275 Allah says: Those who devour usury will not stand except as stands one whom the Satan by his touch has driven to madness.
That is because they say ‘trade is like usury’, but Allah has permitted trade and has forbidden usury”, in the next verse 276 in the same place, Allah says, “Allah will deprive usury of all blessing, and will give increase for deeds of charity, for He does not love any ungrateful sinner.” In Surah Aal Imran, verse no.130, Allah says, “Oh you who believe, devour not usury doubled and multiplied; but fear Allah that you may prosper.” Hazrat Jabir has reported that the Messenger of Allah (peace be upon him) cursed the devourer of usury, its payer, its scribe and its two witnesses. He also said that they were equal (in sin). (Muslim). 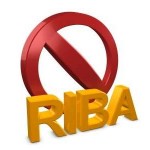 In the light of the Holy Quran and Hadis, it is apparent to us that interest could never be legal and ‘halal’. How could Muslims take the time out to think about a matter in which Allah has declared war on the user and His Prophet has cursed him?
A person who takes interest does not gain anything in reality but through the explanation of the Quranic verse, “Allah decreases interest and increases sadqah”. That in reality the money just goes to waste and the person does not even realise, and a person who gives money in the path of Allah, in whatever form it may be, actually gains though in reality it seems as if he is losing out. Source