S.R.O. 122(KE)/2010. – In exercise of powers conferred by clause (4) of Article 175A of the Constitution of the Islamic Republic of Pakistan, the Judicial Commission of Pakistan is pleased to make the following rules, namely, – 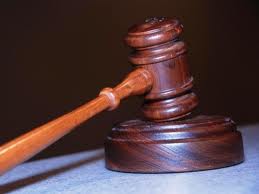 (2)    For each anticipated or actual vacancy of a Judge in the Federal Shariat Court or Judge in the High Court, the Chief Justice of the respective Court shall initiate and send nomination for appointment against such vacancy to the Chairman for convening meeting of the Commission.

4.     The Chairman shall regulate the proceedings of the Commission.

5.      Proceedings of the Commission. –     (1)    Whenever a nomination is received under Rule 3, the Chairman shall call a meeting of the Commission on a date, time and place determined by him and notified by the Secretary to each member.

(2)    The Commission may call for any information or record required by it from any person or authority for the purposes of carrying out its functions.

(3)    The Secretary shall forward the nominations made by the Commission to the Secretary of the Parliamentary Committee constituted under clause (9) of Article 175A of the Constitution.

(4)    The proceedings of the Commission shall be held in camera. A record of the proceedings shall be prepared and maintained by the Secretary duly certified by the Chairman under his hand.

6.     The Chairman may constitute one or more committees of members for such purpose as may be deemed necessary.

8.      Relaxation of Rules. – Without prejudice to the foregoing, the Chairman may relax strict application of these rules in the public interest.