The NAB Chairman is appointed for the non-extendable period of four years. Once appointed he cannot be removed easily because he can only be removed on the grounds of removal of Judge of Supreme Court of Pakistan. Qualifications for the person appointed as Chairman NAB are;

Followings are the person who remained Chairmen of NAB in the past; 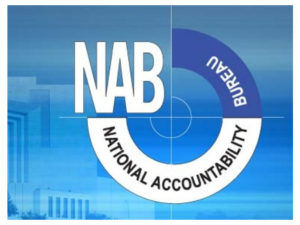 The Chairman NAB has the power to direct the accused be arrested during investigation of the case. The Chairman NAB or an officer of NAB authorized by him may submit a reference before the court. NAB has power to arrest and detain accused for the purpose of inquiry and investigation for a period not exceeding 90 days. It means that NAB has power to get physical remand of accused for up to 90 days. The Chairman NAB has the authority to declare and notify and place as a Police Station or a sub-jail at his discretion.

Punishment of Corruption under NAB

Section 10 describes the punishment of corruption and corrupt practices which is imprisonment for term up to 14 years. According to section 10 of National Accountability Ordinance 1999, “(a) A holder of public office, or any other person who commits the offence of corruption and corrupt practices shall be punishable with rigorous imprisonment for a term which may extend to 14 years and with fine and such of the assets and pecuniary resources of such holder of public office or person, as are found to be disproportionate to the known source of his income or which are acquired by money obtained through corruption and corrupt practices whether in his name or in the name of any of his dependents, or benamidars shall be forfeited to the appropriate Government or the concerned bank or financial institution as the case may be.

Under NAO 1999, NAB is established along with NAB courts. This legislation provides complete details about the establishment of NAB and all process of NAB court. It is substantial as well as procedural law. You can download the complete National Accountability Ordinance 1999 by clicking on the link below in PDF file format.

The Headquarters of NAB is in Islamabad. There are seven regional offices of NAB throughout Pakistan; 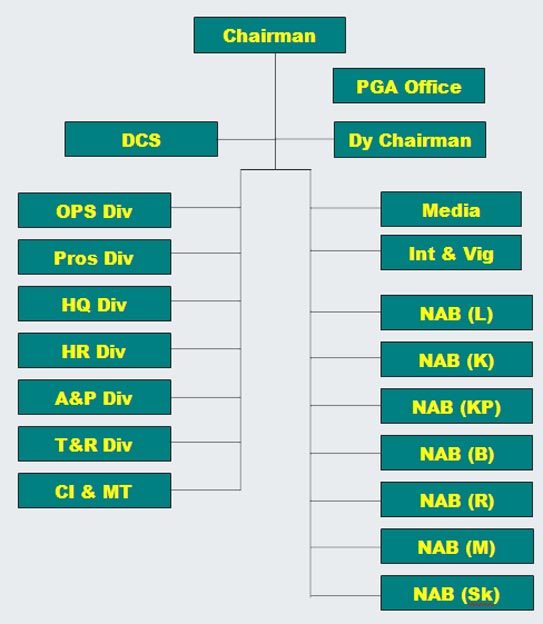