Lahore High Court’s History is 150 years old. During the reign of Maharaja Ranjit Singh in 1830 Saddar Adulate Court (Chief Court) at Lahore was sole court of kingdom. In 1877 the British enacted the Punjab Courts Act and created Chief Court at Lahore.

In 1919, under the Letters Patent creating the High Court of Judicature at Lahore, the Judges thereof were appointed directly by His Majesty the King Emperor.

The High Courts (Punjab) Order, 1947, a subsidiary instrument of the Act created a new High Court of Judicature for the territory of East Punjab (in India ) as from the 15th day of August, 1947.

After the Partition, the Governor General of Pakistan fixed the strength of the Lahore High Court at 6 permanent Judges and one Additional Judge with effect from 28th September, 1948. 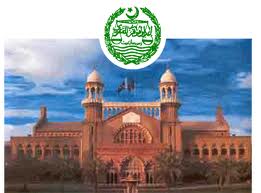 On 14th August, 1973, the Constitution of the Islamic Republic of Pakistan, 1973, came into force. No special change was made in the term and conditions of the Senior Judges.