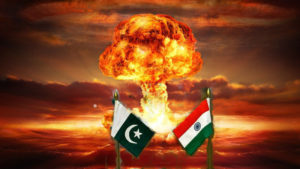 Consequences of Indo Pak War War:  War is a situation or a period of fighting between countries or groups of people. A war generally involves the use of weapons, a military organization and soldiers. War is a situation in which a nation enforces its rights by using force. Not every armed conflict is a war. […]