Fundamental laws of Islam are contained in Holy Quran and this is the primary source of law in Islam. This is the first and the great legislative Code of Islam. It is the original, primary, basic and most fundamental source of the Islamic Shariah. It is the last Book of His revelations for entire humanity. Hence, its teachings shall ever remain the fountain of all guidance of all times, ages and people. On  points and matters where there is direct mandate of the Holy Quran the same are to be decided and handled in accordance therewith.
Quran consists of divine revelations and is divided into chapters and verses. It was complied by Hazrat Abu Bakr, the first Caliph, within two years of the demise of the Holy Prophet and completed in this present form by Hazrat Usman, the third Caliph, ten years later. The arrangement is not the same in which it was revealed but is said to be in accordance with the plan of the Holy Prophet Muhammad (PBUH). The rules of law mostly contained in Surat-ul-Baqara and Surat-Israel. The ordinances contained in the Quran were revealed to settle questions which arose for determination by the prophet and to repeal the objectionable customs like un-forbidden gambling, usury and unlimited polygamy among Arabs and or effecting social reforms like the providing protection to minors and persons suffering from disabilities and to provide punishment of maintaining law and order. Quran is the absolute words of God, and if there is revelations did not cover the facts of every case, the dicta of Holy Prophet, to whom cases were brought for decision, were, therefore, treated as supplementary to the Divine Ordinances ad accorded the same sanctity. 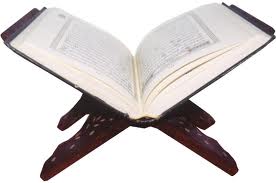 Among the Sunnis, the fountainhead and the source of all laws is the Holy Quran, it contains the fundamental prescriptions to regulate the various relations of life. But it is silent on many points and is supplemented by the precepts delivered by the Prophet from time to time called Sunnah; these are the fundamental basis of jurisprudence. The other sources of Islamic law in order of precedence recognized by the Sunni Sect, are the Ijmais-ul-Ummat (concordance among the followers) and Kiyas (the exercise of private judgment based on analogy). All these go to constitute the basis upon which Sunni Jurisprudence is founded.